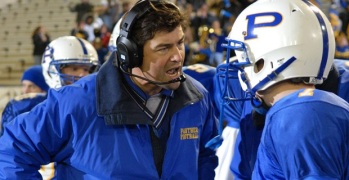 ndividually as viewers we all have our own interests or ideas that attract us when it comes to television. Some people like comedy, drama, or there is that percentage that doesn’t mind watching reality shows on their night off. Either way we are all different, meaning we find different reasons that keep us tuning in week after week. Whether it is a specific character, an intense story line, or a love triangle that you just have to watch unfold.

TV is all about commitment. Drawing in loyal fans is what keeps a show on air and ultimately continues its “success.” So, what makes a TV show successful? What forces us as viewers to binge watch an entire season in two days? According to TV critic, Alan Sepinwall, “there needs to be a specificity to a series—whether it’s a drama, comedy, or reality show—for it to have staying power. It can’t just be some variation on something that’s been done 50 times before. It has to have a specific point of view. It has to have characters who pop.”

I agree with Sepinwall, but here is my take on what I believe makes a television show successful…

Friday Night Lights meets this criteria by being the only sports related drama on television. By creating dynamic characters and a unique story line, the writers were able to capture the realness and complexity of everyday scenarios.

FNL’s success derived from this idea of being different. Unlike any other show on television, FNL uses sport to tell stories and present useful life lessons. I think one thing that might have taken away from its success is the false notion that FNL is all about football. It’s not. I think the show got forced into this identity that in order to be a fan or relate to the show you must know or enjoy football. Yes, football is a huge part of the story line, but the show is about so much more. It’s about community, tradition, teamwork, and perseverance. “Potential viewers didn’t understand that FNL was a character drama with sports only the background.” The creators of the show were smart to take a sport so dominant in today’s society and attach another thing we love, drama. In order to fully understand what the show is about you must know the characters.

FNL is centered on these raw and dynamic characters that have ultimately been through hell. They then placed these characters in a financially stressed small town, which adds to its unique tone. As I mentioned in a previous blog, FNL could care less about the stereotypical struggles of high school. FNL carries itself with seriousness and presents a very realistic portrayal of Middle America. Every week we are watching these characters struggle and essentially attempt to make their dreams come true. They are often thrown in to very real and raw scenarios that make it fairly easy for the audience to engage and relate. If I could pick one word to describe this show it would be optimistic. Every character has their own idea of “making it big”, whether it be making it to the NFL or getting accepted to a prestige college thousands of miles away from Dillon, TX. Either way, as viewers we all have our own dreams as well. That being said, being able to watch other people or characters do everything and anything to reach those goals is inspiring. In a way it restores our faith in humanity. Sarah Hughes wrote in her blog, FNL “knows life isn’t perfect or wonderful, that terrible things happen – but it tells us too that life is worth living, that friends are worth celebrating and that even the smallest of dreams can be worth chasing.” 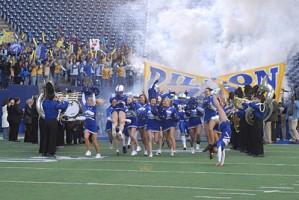 Presenting itself as honest and earnest, FNL was able to discuss important and relatable topics that television shows tend to avoid due to their heaviness. It wasn’t shocking to find topics such as race, financial security, and steroid use embedded in different episodes. The writers beautifully attacked these topics in a way that made uncomfortable issues easier to talk about. Also, the writers didn’t lay off when it came to pulling on the heartstrings. When watching this show you have to be aware that you are going to feel a vast amount of emotions all at once. This show has a way of taking you from your living room and placing you in the stands on Friday Night. The real and authentic emotions captured by the documentary-style filming technique made it impossible to not feel apart of the Dillon community.

To be honest, FNL’s success was never obvious of flashy. It didn’t win the most awards nor did it hit the Nielson Ratings top 10 or 50 for that matter. The show struggled to gain a sizable audience over its running of five seasons. The low ratings actually put the show in danger of cancellation after just two seasons. That being said, what they didn’t have in size they made up for with loyal and passionate fans. When the show came close to cancellation the fans created a campaign to keep the series alive. Thank god it continued!

As a fan of FNL, I was shocked by the lack of acknowledgment regarding the shows success. I mean I could brag about he awards the show did win, but I feel like that wouldn’t do the show justice. From 2007 to 2011, FNL produced 76 episodes. Besides almost being canceled back in 2009, the storytelling was impeccable and it’s greatest strength was its characters. Every episode was an emotional roller coaster leaving me wanting just a little bit more. I think I can speak for most fans when I say, FNL has impacted my life in more ways then just giving me something to watch for 45 minutes. I have learned many life lessons and have been inspired to chase after my dreams. To me, that’s what makes this show a success.