While the main point of a television show for the network is to draw in an audience in order to generate ad revenue but the reason for audience members to return each week is their engagement to the story and characters. Not only did the first season of Lost have a large audience following but it also constructed a character driven narrative that was different from other shows on air. The show also had a diverse cast that didn’t take on easy stereotypes but used their cultural origins to strengthen the characters as well as demonstrate the point of view of the Other. Along with doing all of this Lost existed as a great show and helped define a transmedia experience. Lost’s eruption of success was felt dramatically during its time and it’s quakes are still seen in television today.

In its first season Lost had an average of 19 million viewers per episode not including timeshifted recordings of the show. There were only a few weeks during this original airing where it wasn’t in the top ten highly rated shows of the week. For a highly experimental show like Lost this was massive especially considering it fought against the extremely popular American Idol during its timeslot. ABC had been struggling with low ratings around the time Lost began airing and due to the show’s success ABC saw a revival in viewership and success. The show also produced a large amount of ad revenue for the network. Companies like Sprite, Jeep and Verizon Wireless were part of the program’s alternate reality game which pushed Lost’s cult following for it’s second and third seasons. This explosion of viewership and popularity prove that Lost’s financial and viewership success.

Lost’s largest success is its character driven narrative. I believe this to be the defining reason why viewers would tune in each week. The idea to use flashbacks to tell a deeper character story was very new to drama shows. It was so defining that it spawned a large number of copycats during its time on the air hoping to replicate Lost’s success. Character moments like the reveal of Locke’s disability or Charlie throwing his heroin into the fire are just two of the hundreds of amazing story beats not only of the show but of each character’s story arc throughout the series. The best part is that the viewer has the ability to emphasize with these character moments. Amazing still is that with season one’s main cast of fourteen primary characters that each is given ample opportunity to grow and be defined. This definition comes from the choices they make in the present with regards from their experiences in the past. Learning about character’s life we get a great sense of everything that does, has, and will make this person who they are. During my re-watch of the first season I was able to remember the specific character story of the episode before it began just because each beat had resonated so strongly with me on my first viewing.It was an unapologetic show. Besides the quick previously on there was very little backtracking in story beats. Each episode pushed forward in the overall story and character stories no matter who the focus of the episode was. If you missed an episode often times you missed an important event. Unlike many shows currently on television now there a very few filler episodes because of the character centric story. Every episode gave you further insight into a character. Plus as a viewer remembering aspects of a character’s past acts as a reward when you see connections to it later in the show since so much of these stories interconnect. This web of character stories is the centerpiece of Lost’s success.

However while Lost has great success in telling interesting stories it also included a cast from diverse backgrounds which was lacking in many shows during this time. It took stereotypes such as Koreans and Iraqis, both of which were in a dark place in the public’s eye, and reversed them created three of the most strong defined characters in the show. Not only were these stereotypes challenged in the show by the characters but they became challenged in the viewers mind helping us to have a different perspective on people from different walks of life. A defining lesson from the show is not to judge people by their outward life. Locke the unwavering hunter was really just a man confined to a wheelchair before the crash and Sun who looks to be a submissive Korean wife really understands English perfectly and stands up for herself and others multiple times during the first season. Characters speak in subtitled foreign languages in a good amount of episodes in the first season further building on the diversity of the cast while building upon the reality of this created world. This becomes even more important when there are magical and fantasy elements sprinkled in the show’s narrative. Despite those elements the Island and the world off of it feel like a snapshot of the time. The reality the show created made judgements about the culture in the show and surrounding it. 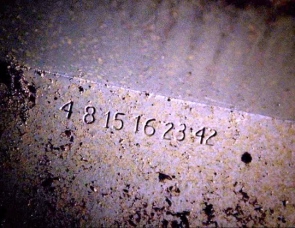 Lost is a successful show because of it’s audience appeal, character narrative, diverse cast, and it’s impact on the culture. The show was a massive hit for ABC across the world helped by the diverse casting of it’s main characters. There is no other show that has taken on as many characters and built such a rich story for each of them and connecting them together. The show was created to be analyzed and talked about and with the growth of internet communities around the same time the show was running it came at the perfect time. There was also ARG surrounding the show which further built a cult viewership. On top of this the amount of cultural references and intertextuality put it in a category above it’s copycats. Lost is far more than a simple television show, it is an experience.